“The Biggest Gathering of Snowplows. Ever.” 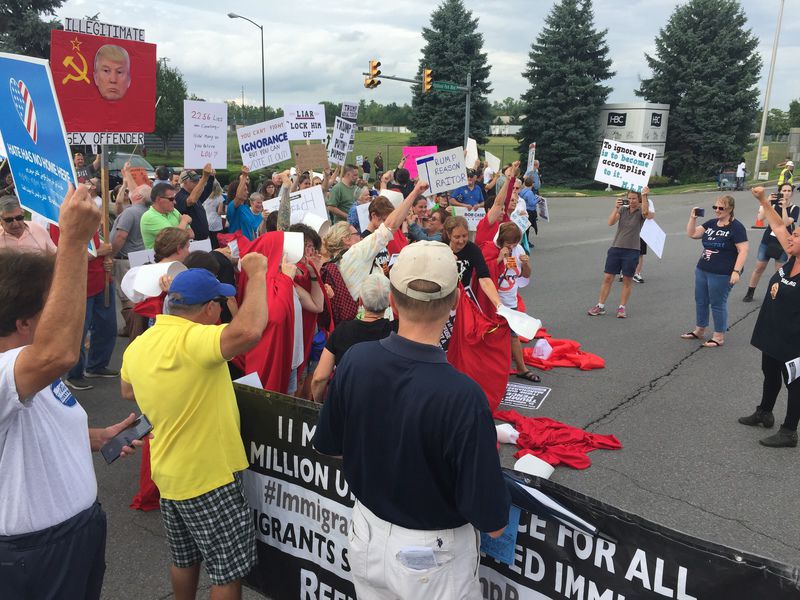 Barnstorming PA
"The Biggest Gathering of Snowplows. Ever."

“My inner saboteurs are unionized.” [Jordi]  This is a special pod. Brought to you by Mondragon Books. For the FIRST TIME Ever, all of the co-hosts of Lightning Bug and BarnstormingPA get together for a good-bye podcast for Taylor Lightman, co-founder and co-host of BarnstormingPA who is headed for Sweden.  Will Hayes, our smashingly handsome and good-looking audio engineer hops on too.  After reviewing summer reading hits (see show links), we discuss the protest at the Barletta-Trump rally in Wilkes-Barre earlier in the week where a lot of snowplows came to block traffic.  And maybe plow some of the right-wing snowflakes coming and going to the Dear Leader rally.

Sam brings up policing and what gets called hate (and shout out to Leah Schade).

We then discuss arguments Taylor fielded in his days as a On the Mark guest host about passing a non-discrimination ordinance. “You are interfering with my ability to ignore this issue.”  Sam’s succinct summary of the anti-NDO argument that to raise an NDO is creating division.

We finally play a game called “Do they do that in…?” in which you have to guess if a policy is from the USA, Sweden, or “too good to be true.”  Link to questions…