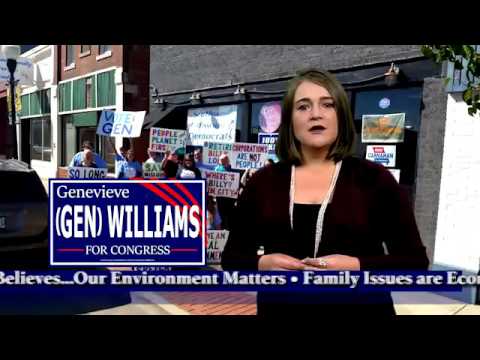 Taylor tracks down a DNC member, Genevieve Williams, from Missouri’s 7th congressional district.  Genevieve ran and lost n the primary in 2014 and then won a three-way primary in 2016 before losing to Billy Long who has NEVER HAD A TOWN HALL, she tells us.

Like the Barnstormers, Genevieve loves heartland America and progressive values.  She is also the chair of her county Democratic committee and the vice-chair of the MO Democratic party.