Activism and Counter Protest at its Source (ep 28) 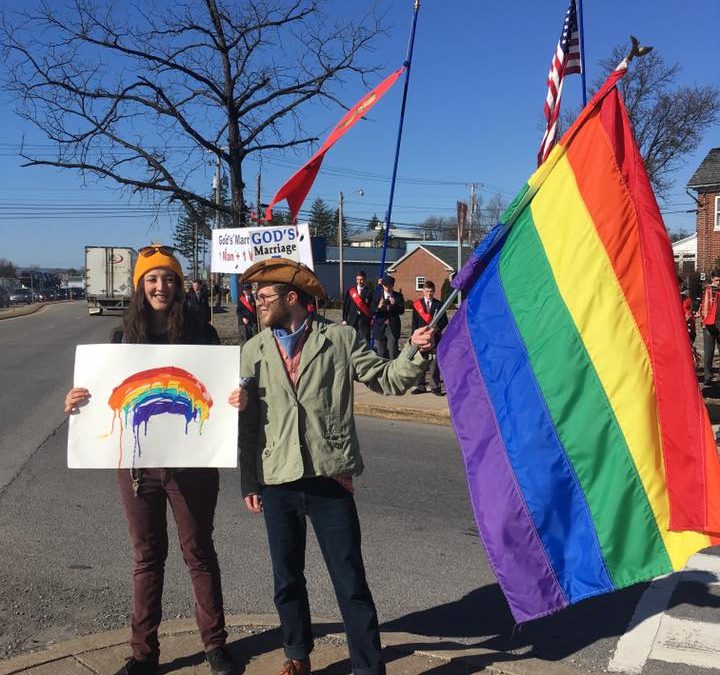 Barnstorming PA
Activism and Counter Protest at its Source (ep 28)

We offer a different kind of episode- back to back interviews.  First, we hear from seven (7!) youth who marched in the #MarchForOurLives either in Washington or Lewisburg. Then, we invite Carissa Noll on who talks about being the first person on the scene in Lewisburg for a counter-protest of the “Tradition Family Property” group who have been popping up in Lewisburg to protest the human equality of gay folks. Rarely do we get to interview and witness the “first spark” of protest, having to rely on memories or second-hand accounts. The TFP protesters are mostly young people from a regional Catholic boarding school, Montfort Academy. We hope the young men from the school are freely participating in these protests and are not pawns of adults with an agenda.

This is the second time they have appeared in Lewisburg with a large sign saying “God’s Marriage Equals One Man and One Woman.”  For fun, you can look up Bible verses that contradict this.  Here is Genesis 4:19: “And Lamech took two wives. The name of the one was Adah, and the name of the other Zillah.”

Thank you as always to Billy Kelly for our music and Mondragon for sponsoring today’s episode.  Tell Mondragon you heard about their dank book collective here on Barnstorming!