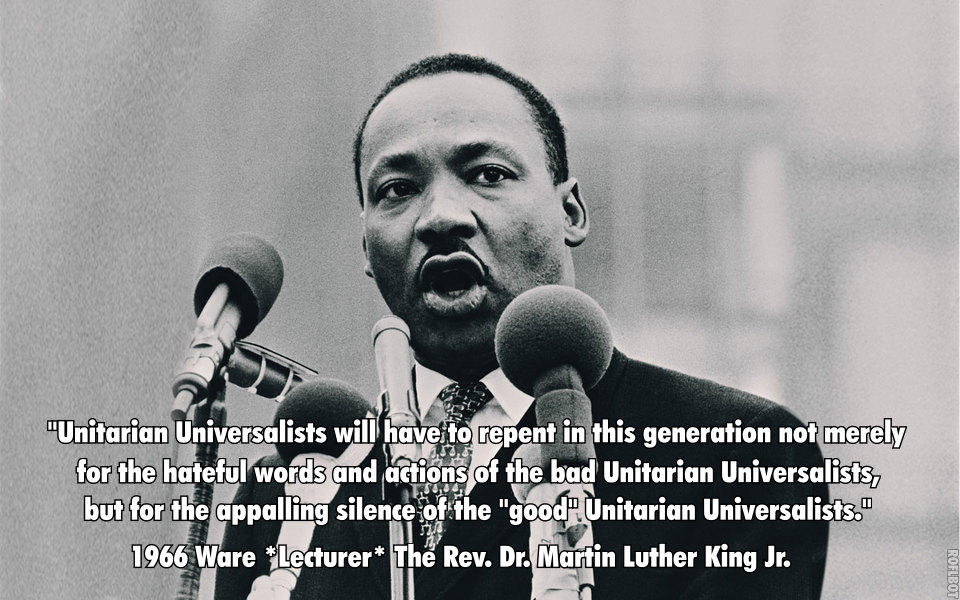 During a weekend training called “Jubilee 3” hosted by the Unitarian Universalist Association, I heard about a lecture by Martin Luther King JR delivered to the UUA national meeting in 1966 called “The Ware Lecture.”

For White UUs like me, we often take some justified pride in how much our religion worked to support and advance the civil rights movement. I didn’t know MLK had come and addressed the church in 1966. So, for me, to see him there with White UU leaders sparkles with energy. Ministers I knew may have been there, or were one degree from there. The full history of the UUs and the sea changes in race in the 1960s is a complex story covered in “The Empowerment Tragedy” by Mark Morrison-Reed.

In MLK’s speech, which has many of the familiar cadences and arguments if you know his other speeches, he does have this gem. What I admire is how he takes the intellectual machinery of the label- maladjusted- and inverts it to be a radical moment of resistance and courage. My sense is that in the psychology and thinking of the time, no one, no “rational” person would want to be “maladjusted.” But of course to be adjusted means to accept the status quo. And the field of psychology has a long history of entanglement with baking White supremacy into “adjusted.”